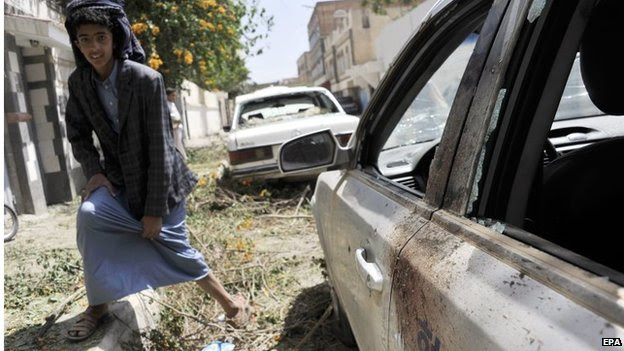 Fighting took place in the north-west outskirts of Sanaa

Fighting between Shia rebels and Sunni militias in Yemen has escalated, with clashes on the edge of the capital.

Armed rebels, known as Houthis, shelled buildings of the state TV and the main Sunni Islamist party, Islah, in Sanaa.

Hundreds of residents have fled their homes and international flights to the city have been suspended.

About 40 people have been killed since Tuesday, reports say. The rebels have staged protests for weeks, demanding political and economic reforms.

President Abdrabbuh Mansour Hadi has dismissed the government and promised to review a decision to cut fuel subsidies.

Over the past few weeks the rebels have occupied protest camps on the road to the airport and staged sit-ins at ministry buildings, as well as clashed with fighters loyal to Islah.

"The Houthi group is continuing to shell the television building with all kinds of weapons until this moment," the channel said on Friday morning.

As fighting intensified, foreign airlines suspended flights to the Sanaa.

"Arab and foreign airlines have decided to suspend their flights to Sanaa for 24 hours because of developments in the capital," the Civil Aviation Authority said in a statement on state news agency Saba.

The measures could be extended depending on the security situation, the statement added. 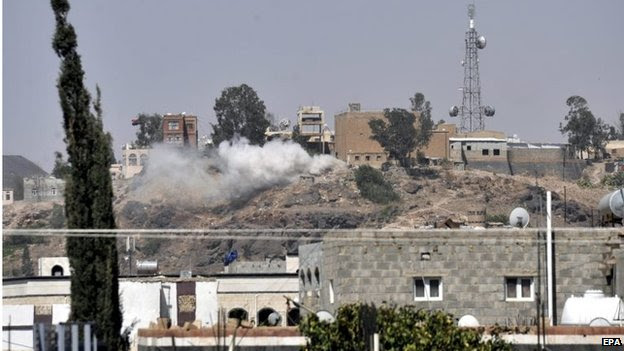 The state TV building was hit by Houthi rocket-fire 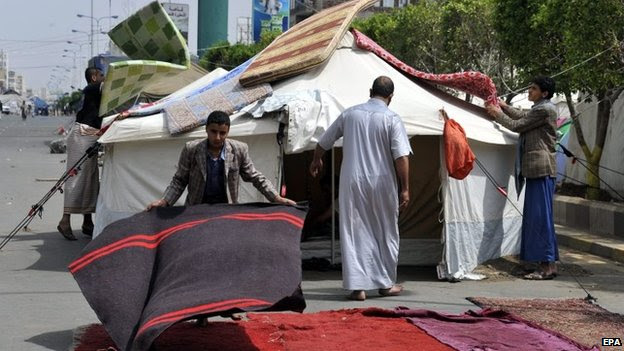 The Houthis, who belong to the minority Zaidi Shia community, have staged periodic uprisings since 2004 to win greater autonomy for their northern heartland of Saada province.

They consolidated control over Saada during the 2011 uprising that forced long-time President Ali Abdullah Saleh to step down, and since July have inflicted defeats on tribal and militia groups backed by Islah, in neighbouring Amran province.

In mid-August, the Houthis' leader Abdul Malik al-Houthi demanded that President Hadi reverse a decision taken in July to remove subsidies that had hit the country's poor and replace the "corrupt" government with a body that better represented Yemen's various factions.

On 2 September, Mr Hadi dismissed his government and promised to review fuel subsidy cuts in a bid to end the stand-off.

However, this initiative was rejected by the rebels, prompting some critics to say that the group is attempting to grab power and create a semi-independent state. 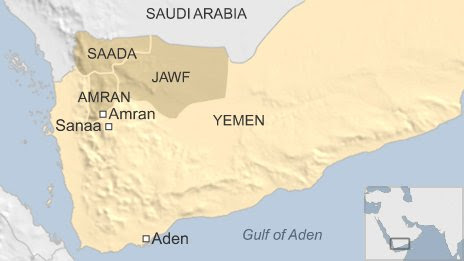