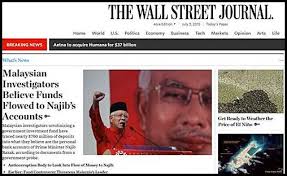 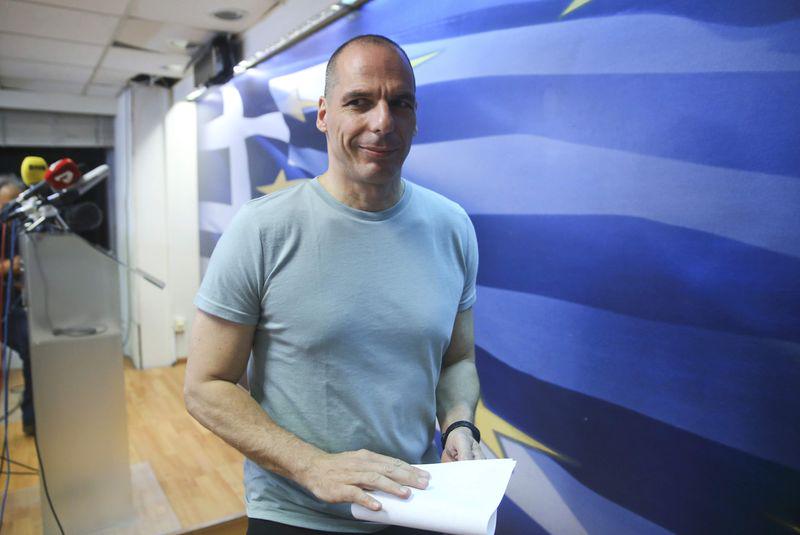 Minister makes announcement on personal blog as European creditors scramble to respond to "No" vote in debt referendum.

Greek Finance Minister Yanis Varoufakis has resigned after Greek voters delivered an overwhelming "No" vote in a referendum on whether to accept more austerity measures in return for new bailout cash.

In a statement published on his personal blog on Monday, Varoufakis said he was stepping down to allow Greek Prime Minister Alexis Tsipras to reach a new deal with European creditors.

"Soon after the announcement of the referendum results, I was made aware of a certain preference by some Eurogroup participants, and assorted 'partners', for my … 'absence' from its meetings; an idea that the Prime Minister judged to be potentially helpful to him in reaching an agreement," Varoufakis wrote on his blog.

"For this reason I am leaving the Ministry of Finance today.

"I consider it my duty to help Alexis Tsipras exploit, as he sees fit, the capital that the Greek people granted us through yesterday's referendum. And I shall wear the creditors' loathing with pride."

Al Jazeera's John Psaropoulos, reporting from Athens, said the decision to step down was expected and not a surprise.

The announcement came as European Union leaders scrambled for a response on Monday, following the overwhelming "No" vote in Sunday's referendum.

German Chancellor Angela Merkel and French President Francois Hollande were expected to meet in Paris on Monday, after calling for an emergency eurozone summit in a phone conversation after the result of the vote became apparent on Sunday.

EU President Donald Tusk said that the summit would be held on Tuesday, according to the AFP news agency.

European Commission President Jean-Claude Juncker - who had said a Greek "No" would be "no to Europe" was expected to speak to the European Central Bank (ECB) and eurozone finance ministers on Monday.  ~aljazeera.com 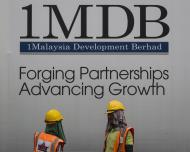 In this May 14, 2015 photo, construction workers chat in front of a billboard for …


KUALA LUMPUR, Malaysia (AP) — Malaysia's prime minister is facing the risk of criminal charges over allegations that hundreds of millions of dollars were funneled from an indebted state fund to his personal bank accounts, the first time a Malaysian leader has faced criminal allegations.

The country's attorney general confirmed late Saturday that he had received documents from an official investigation that made the link between Prime Minister Najib Razak and the investment fund 1MDB. The existence of the documents was first reported by The Wall Street Journal's Asia edition on Friday, showing some $700 million were wired from entities linked to the fund into Najib's accounts.

The documents sent to the attorney general pave the way for possible criminal charges.

It is one of the worst political crises for Najib, who has come under increasing criticism over his leadership.

Najib, who has denied taking any money for personal gains, said Sunday that he would consult with his lawyers to decide his next course of action on the "malicious accusations" against him.

"It's damning and disastrous for Najib," said Wan Saiful Wan Jan, who heads the Institute for Democracy and Economic Affairs think-tank.

"This is really uncharted territory in Malaysian politics. For the first time ever, we are seeing a prime minister facing the possibility of a criminal charge," he said.

1MDB, set up by Najib in 2009 to develop new industries, has accumulated 42 billion ringgit ($11.1 billion) in debt after its energy ventures abroad faltered. Critics, led by former Prime Minister Mahathir Mohamad, have voiced concerns about 1MDB's massive debt and alleged lack of transparency.

The Wall Street Journal report said five deposits were made into Najib's accounts and that the two largest transactions, worth $620 million and $61 million, were done in March 2013 ahead of general elections.

Najib slammed the report as part of a "political sabotage" by Mahathir to remove him. Mahathir, who stepped down in 2003 after 22 years in power but has remained an influential political figure, has been leading calls for Najib to step down.

1MDB said it had never provided any funds to Najib.

Attorney General Abdul Gani Patail, however, said a task force investigating 1MDB for alleged impropriety had given him papers "including documents related to allegations of fund transfer into the account of the prime minister."

Abdul Gani said the task force raided offices of three companies linked to 1MDB that were allegedly involved in the fund transfer. He didn't give further details on the documents or say what actions would be taken.

Najib's deputy, Muhyiddin Yassin, said the allegations must be investigated because they tarnish Najib's credibility and integrity. Opposition lawmakers have said Najib should go on leave and also declare his assets.

Home Minister Zahid Hamidi said the allegations against Najib were "reckless" and "bordering on criminal offenses" because they were based on unverified documents. He warned that police would "not hesitate to use the full force of the law against those who attempt to harm Malaysia's economy and our democratic process."

"Even if nothing comes up from the investigation, the damage to Najib's reputation has been done. The pressure for him to step down will increase," said Wan Saiful, the head of the think-tank.

Najib, the son of a former prime minister, took over the premiership in 2009. He has fought criticism over his management of the economy, and being implicated in the murder of a Mongolian model nine years ago. Najib has said he had nothing to do with the model, and two security officers linked to Najib at the time were found guilty of her murder.

This story has been corrected to show that 1MDB has accumulated 42 billion ringgit ($11.1 billion) in debt, instead of 42 million ringgit. ~SUMBER
di 3:55 PTG